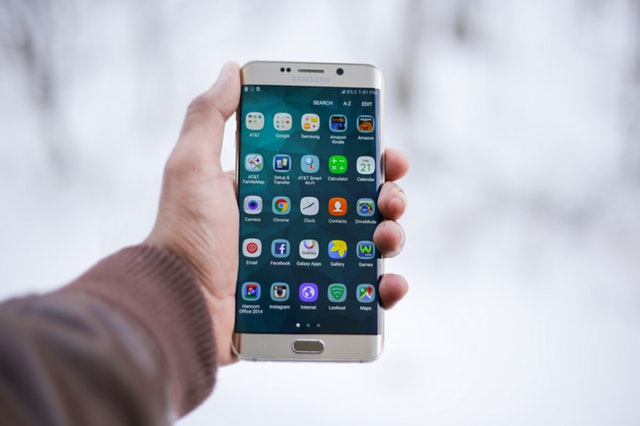 According to the Pew Research Center, 96 percent of Americans own a cell phone in 2019.  But we’re not very good at keeping them secure. There are four things you might be doing right now that are causing your mobile phone to give access to way too much of your personal data.

Your password is?
If you don’t use a passcode or passphrase to get into your phone, you’re not alone. According to another Pew Research Center report, over a quarter (28%) of smartphone owners say they do not use a passcode, screen lock or other security feature to limit access their phone. If you’re among the 28 percent, consider this the easiest, first step to protecting your personal data on your cell phone.

You have how many apps?
Socialmediatoday.com reports that the average user has 80 apps downloaded to their phone. They only use nine of them daily, and visit about 30 of them over the course of the month. We’re all guilty of downloading that app that we used once, and then forgot about it.  Delete it! Even if you’ve gone into your settings to limit what information you’re allowing the app to access on your phone, there have been way too many apps that have been found to access more data than they’re telling you.  If it’s not one of your nine daily essential apps, consider getting rid of it.

Your phone has an operating system. . .
Do you update when your phone prompts you to update your operating system? Would you believe that about one-in-ten smartphone owners told the Pew Research Center that they never update their phone’s operating system (14%)? If you’re avoiding the update you’re missing out on patches, security updates and critical upgrades that are supposed to make your phone run more smoothly. Of course you’ve heard the horror stories about the operating system updates that have rendered phones unusable, but those scenarios are becoming less and less commonplace. We’re not suggesting that you have to become the first adopter of the update, you can wait a couple days for the dust to settle if you’re hearing early reports of issues. However, make sure you’re keeping current with the operating system updates, your data security is more vulnerable if you don’t.

You’re spending more of your vacation time on your phone than relaxing by the pool
According to hotels.com, 81% of Americans say that their smartphone is their number one travel accessory. What does that have to do with your personal data security? You don’t know what the unsecured wi-fi network that is free at your hotel, theme park or tourist attraction is doing with the data from your smartphone! And we know you’re connecting to the unsecured networks whenever you can to save your data for when you can’t connect to wi-fi. We’re not saying you should go on vacation without your phone (even though you’d probably have a more relaxing vacation), but we are saying that you should try to limit your time on unsecured wi-fi. If you can’t give up the wi-fi, at least refrain from logging into financial information or opening sensitive files on your phone when you’re connected to wi-fi.

We’re bringing up your personal data security because you likely access your company documents and files from your cell phone and/ or mobile device. Your company might have a device use policy that outlines best practices that you may or may not be aware of. If you’re unsure of your company’s policy, it’s probably a good idea to get familiar with it before you connect to another unsecure wi-fi network, you don’t want to report to your IT department that your work cell phone was involved in an incident like this one from this large hotel chain.

“ Shred Right has always been prompt and willing to work around any time frame that we have in mind. They are a very friendly company that resolves all of our data-destruction needs.
National Communication Services, Inc.
“ I would highly recommend Shred Right to anyone looking for safe and secure document destruction. They provide a very professional and timely service.
State of Minnesota
“ Friendly, reliable staff, who are always on time. Trucks that are built for safe handling of sensitive information. We are very happy with the safety and confidentiality. It's always a good day when Shred Right comes!
First National Bank Northfield
“ Shred Right has been a great document security company to do business with. The customer service team is very responsive and the driver we have does a great job at minimal disruption.
Micron Metalworks
“ Shred Right has been our company of choice for a number of years. As a bank, we have a large amount of data that needs to be taken care of properly and the folks at Shred Right take care of that.
FNB Osakis
“ Shred Right handles all of our needs with efficiency. They are always on time and delivered what was promised.
United Prairie Bank