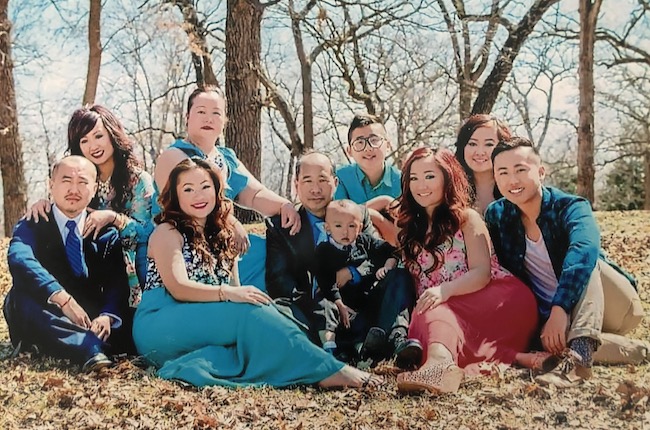 Meet “Mr. V,” also known as, Abraham Vang. He’s been part of the Rohn Industries team for over 24 years in the warehouse, and is currently in the role of “Rotator.” Mr. V. describes his role as being responsible for creating a quality product and says that his job didn’t exist when he started at the company.

“It’s hard to imagine that my role didn’t exist 30 years ago. However, I’m proud that the company was able to adapt to the changing environment and invest in the modern technology to allow me to have this position,” says Vang.

Mr. V. explains that he doesn’t know how his role will change in the next three, five or ten years, but his shorter term goal is to retire with the company. “Honestly, I’m getting close to retirement age. However, I am hopeful that the company will continue to experience positive changes.”

When asked about how the company itself has changed since he started, Vang says, “Over my 24 years at the company I’ve seen the company grow ten-fold in size. We’ve expanded the physical location, increased our product offerings, and added more employees.”

As the company grew, Mr. V. took on special projects from time to time. One of his favorite projects that he recalls was when he was asked to reduce traffic in the plant by streamlining the layout. “I was able to make a recommendation, and thus implement it into production. To this day the company is still using my recommendation,” says Vang.
Mr.V. says that the biggest reason he has stayed at the company is because, “. . I see how much faith the company has in me.” He’s really proud of the fact that his 24 years at Rohn Industries have allowed him to raise his six children and help them through college.

When Mr. V. isn’t at work, you’ll likely find him reading historical novels and keeping up to date with political events.

Join all of us at Rohn Industries/ Shred Right in saying congratulations to Mr.V. for 24 years!

“ Shred Right has been our company of choice for a number of years. As a bank, we have a large amount of data that needs to be taken care of properly and the folks at Shred Right take care of that.
FNB Osakis
“ Shred Right has good service, is flexible and prompt. We like that service is on call and as we need for pick up.
Integrity Wealth/Raymond James
“ Friendly, reliable staff, who are always on time. Trucks that are built for safe handling of sensitive information. We are very happy with the safety and confidentiality. It's always a good day when Shred Right comes!
First National Bank Northfield
“ Shred Right has been a great document security company to do business with. The customer service team is very responsive and the driver we have does a great job at minimal disruption.
Micron Metalworks
“ Shred Right provides great, reliable service we feel very good about. Highly recommended!
Ridgewater College
“ I would highly recommend Shred Right to anyone looking for safe and secure document destruction. They provide a very professional and timely service.
State of Minnesota