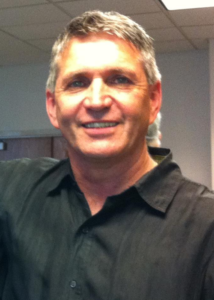 When Steve Franks joined Rohn Industries as a team member over 20 years ago, his first role was as transportation manager. However, his leadership and “quick on his feet” problem solving didn’t keep him in the transportation manager role very long. He advanced to the operations manager role, and now serves as the Director of Operations. Franks has been at the forefront of growing the company from the size of the Rohn team in 1999, to the eighty employees Rohn Industries and Shred Right employ today.

Before Rohn Industries had a Human Resources team, Franks was responsible for recruiting, hiring, and managing exiting team members. He remembers there being times when he felt that “human resources” was the most challenging part of his job, but has always enjoyed the teams he has been fortunate to assemble over the years.

He recognized early on that he was going to need to find personnel that seeks to provide dependable service, and the willingness to do whatever it takes to go the extra mile in order to deliver the world class service Rohn Industries was built to deliver.

Franks notes just one of the ways the company has changed since he started in 1999, “I believe we only had two computers; one for accounting and one for sales. Since then, we have grown to a whole network of computers in the office, warehouse and in the trucks.”

Along with the growth in the size of staff, and number of computers it takes to run Rohn, Franks also had the opportunity to introduce new technology to the organization.

“I enjoy working for an owner that has faith in my abilities and lets me explore, experiment and develop different ways to do things better,” says Franks.

“I have researched and purchased different and better equipment for our warehouse processes, as well as changing the warehouse layout and design for better safety and productivity,” explains Franks.

What is Franks most proud of?

“I think my biggest accomplishment as a manager was to develop personal skills to facilitate the needs of a company that has grown many times over through the years. It has required a lot of skills, knowledge, courage and flexibility to meet the day-to-day demands,” says Franks.

CEO Ron Mason says that Franks is a huge reason Rohn has been successful, “For over 20 years Steve Franks has been an integral force in delivering an exceptional level of service to our customers regardless of circumstances. Steve’s unparalleled commitment to this company and our customers allows me to sleep very easy. He simply makes things happen.”

As Franks looks toward retirement, he’s looking forward to sharing his knowledge, experiences and insight with future managers, spending more time working in his garage at home, and spending time on the lake with his family.

“ Shred Right has good service, is flexible and prompt. We like that service is on call and as we need for pick up.
Integrity Wealth/Raymond James
“ Shred Right provides great, reliable service we feel very good about. Highly recommended!
Ridgewater College
“ I would highly recommend Shred Right to anyone looking for safe and secure document destruction. They provide a very professional and timely service.
State of Minnesota
“ Shred Right handles all of our needs with efficiency. They are always on time and delivered what was promised.
United Prairie Bank
“ Friendly, reliable staff, who are always on time. Trucks that are built for safe handling of sensitive information. We are very happy with the safety and confidentiality. It's always a good day when Shred Right comes!
First National Bank Northfield
“ Shred Right has always been prompt and willing to work around any time frame that we have in mind. They are a very friendly company that resolves all of our data-destruction needs.
National Communication Services, Inc.